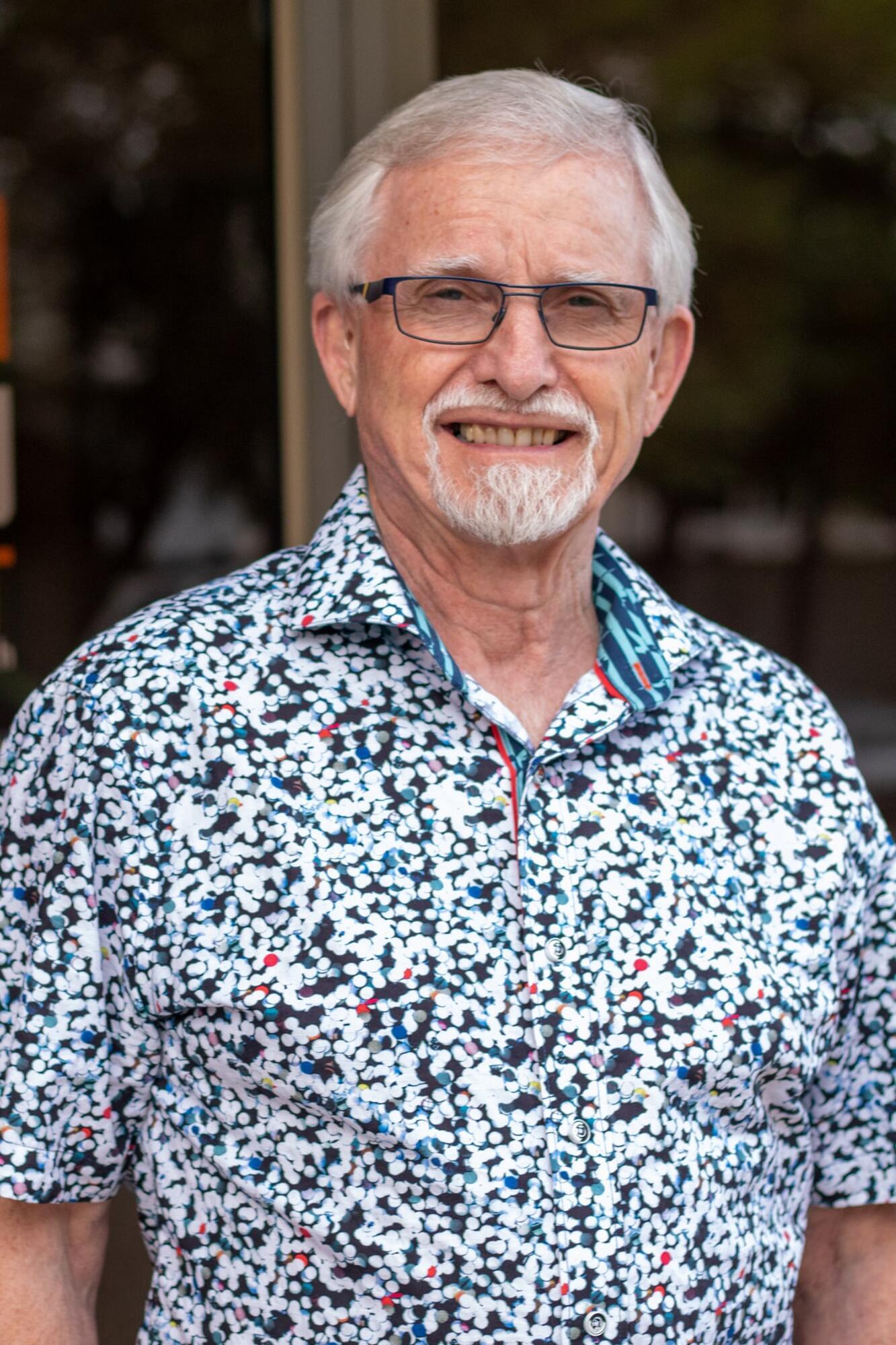 David Thompson serves as the chairman of our elders board. David currently serves on the Regional Leadership Board for our denomination, Fellowship Prairies, which oversees churches in Manitoba, Saskatchewan, Alberta, and the Territories. He also represents this region with a seat on the National Council for the Fellowship of Evangelical Baptist Churches in Canada which includes just over 500 churches across Canada. David has previously enjoyed leadership positions including high school principal, superintendent of human resources, director of education, and more recently chair of Lloydminster Public School Division Board of Education, where he continues to serve as a trustee. David is married to Joyce. They have been blessed with two married sons and five grandchildren. FBC has been their home church since 1997. David has served on the Elders Board since 1999 and also currently serves as an usher. 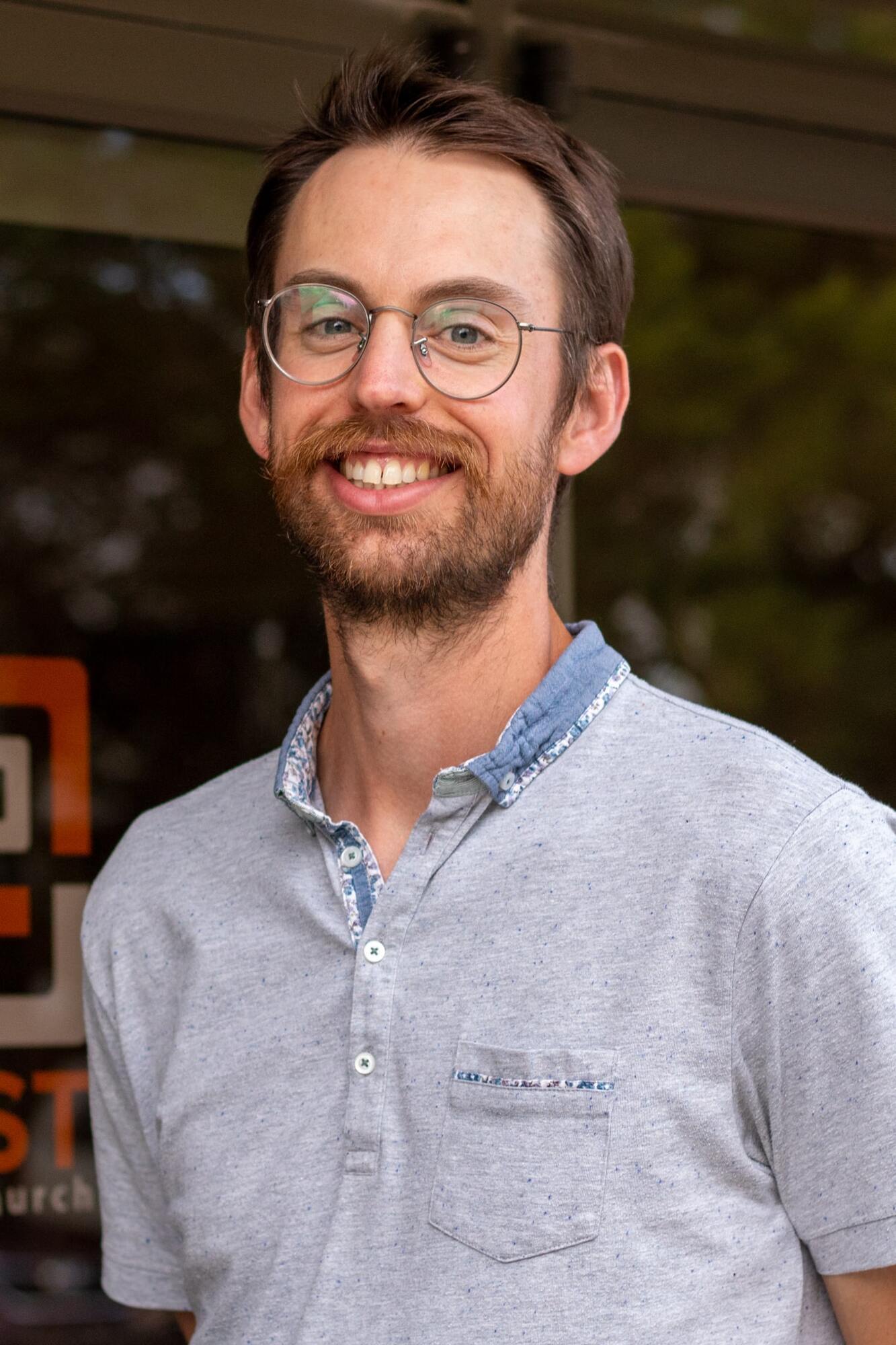 Mark Westman was born in Saskatoon, grew up in Ottawa, and returned to Saskatchewan to begin his teaching career. He made his way to Lloydminster in 2015 and began attending FBC. You’ve probably seen Mark’s welcoming face at the Info Center on Sunday mornings or you may have had the chance to get to know him as an FBC Young Adults leader in previous years. In his spare time, Mark is a community coach for Rustlers Youth Basketball and enjoys camping and running. He and his wife Rebecca have three young children – Thaddeus, Juliet, and Iver. Mark is passionate about the Church because he believes that everyone can contribute something and collectively that has the power to make a difference in leading people into a growing relationship with Jesus Christ.

Bob and his wife Joan made Lloydminster their home in 2004 when they relocated for work. Bob works in oil and gas as a corporate development specialist. Bob began serving on the Elders Board in 2009. Bob also volunteers as the head usher at FBC and enjoys occasionally flipping burgers, driving boat, or doing spring cleanup at Pleasantview Bible Camp. In the past, Bob has volunteered as an adult small group leader and in the youth ministry. Bob is a part of a volunteer group serving the lake residents of Turtle Lake and Bright Sand Lake. Bob and his family, which now includes three adult children (Aaron, Jordan, and Kelsey) and a daughter-in-law (Melissa), enjoy spending as much of our short summers as possible at Turtle Lake where Bob enjoys fishing and golfing. 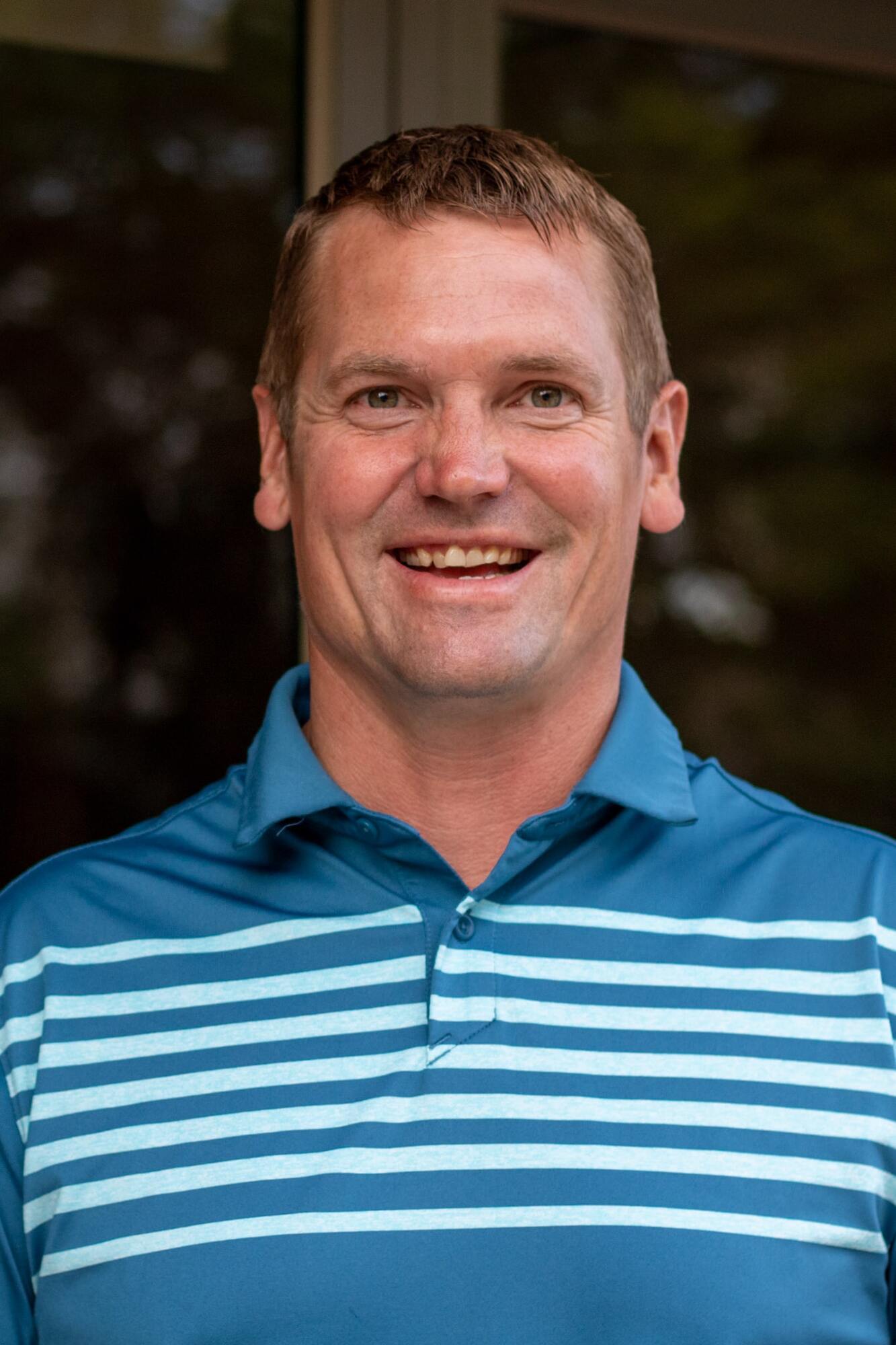 Trent grew up on a farm near Lloydminster, attending First Lutheran Church with his family as a child. Trent married his wife, Rebecca, in 1999 and achieved his Doctor of Veterinary Medicine from the University of Saskatchewan in 2001. Trent and Rebecca worked overseas in New Zealand after university, and it was during this time that they became Christians and were baptized. On their return to Canada, Trent joined the Lloydminster Animal Hospital in 2002 and is now a partner. Trent and Rebecca are kept busy at home with their four boys – Luke, Gabe, Paul, and Ben.  Trent serves at FBC on the stewardship team, as an adult small group leader, and can also be found subbing in FBC KIDS. Trent joined the Elders Board in 2004 and has served in many roles including chairman. 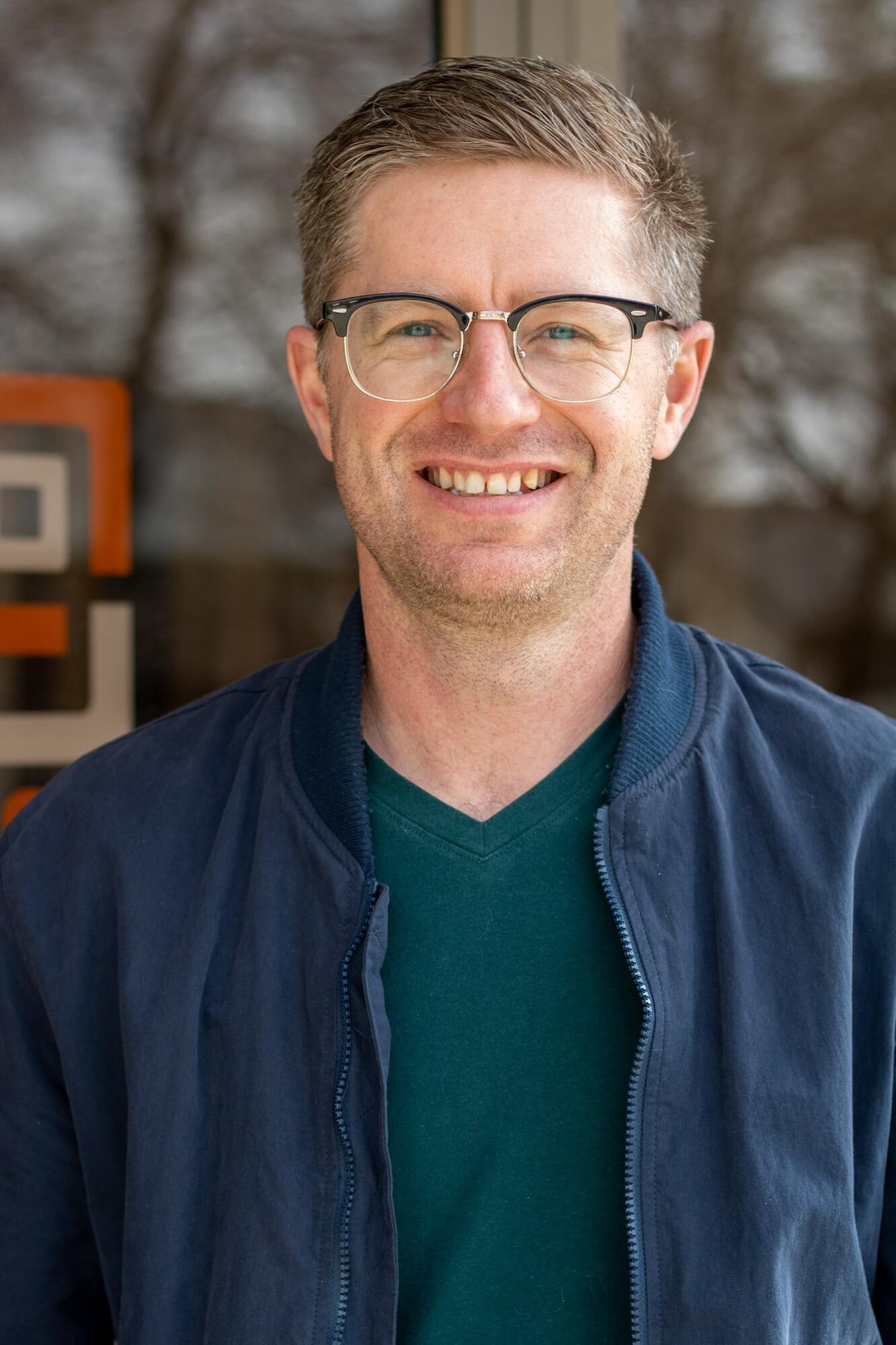 Shawn was born and raised in Neilburg, Saskatchewan, and grew up attending Manitou Evangelical Free Church and participating in Manitou Lake Bible Camp where he met his wife, Lanaya, and served as a full-time staff member for several years. Shawn currently works as a power engineer. He has been actively involved at First Baptist Church since he and Lanaya moved to Lloydminster in 2009. Shawn is very familiar with the various ministries at FBC having volunteered with FBC KIDS, FBC Young Adults, music ministry, adult small groups, and Pleasantview Bible Camp. Shawn is excited to serve in the local church because of the significance it has had in his personal discipleship. He, in turn, feels privileged to be involved in the discipleship of others. During their years at FBC, Shawn and Lanaya have welcomed their three children – Lucy, Cora, and Toby – into their family. When he isn’t busy keeping up with his young family, Shawn enjoys watching motorsports and a really good cup of coffee. 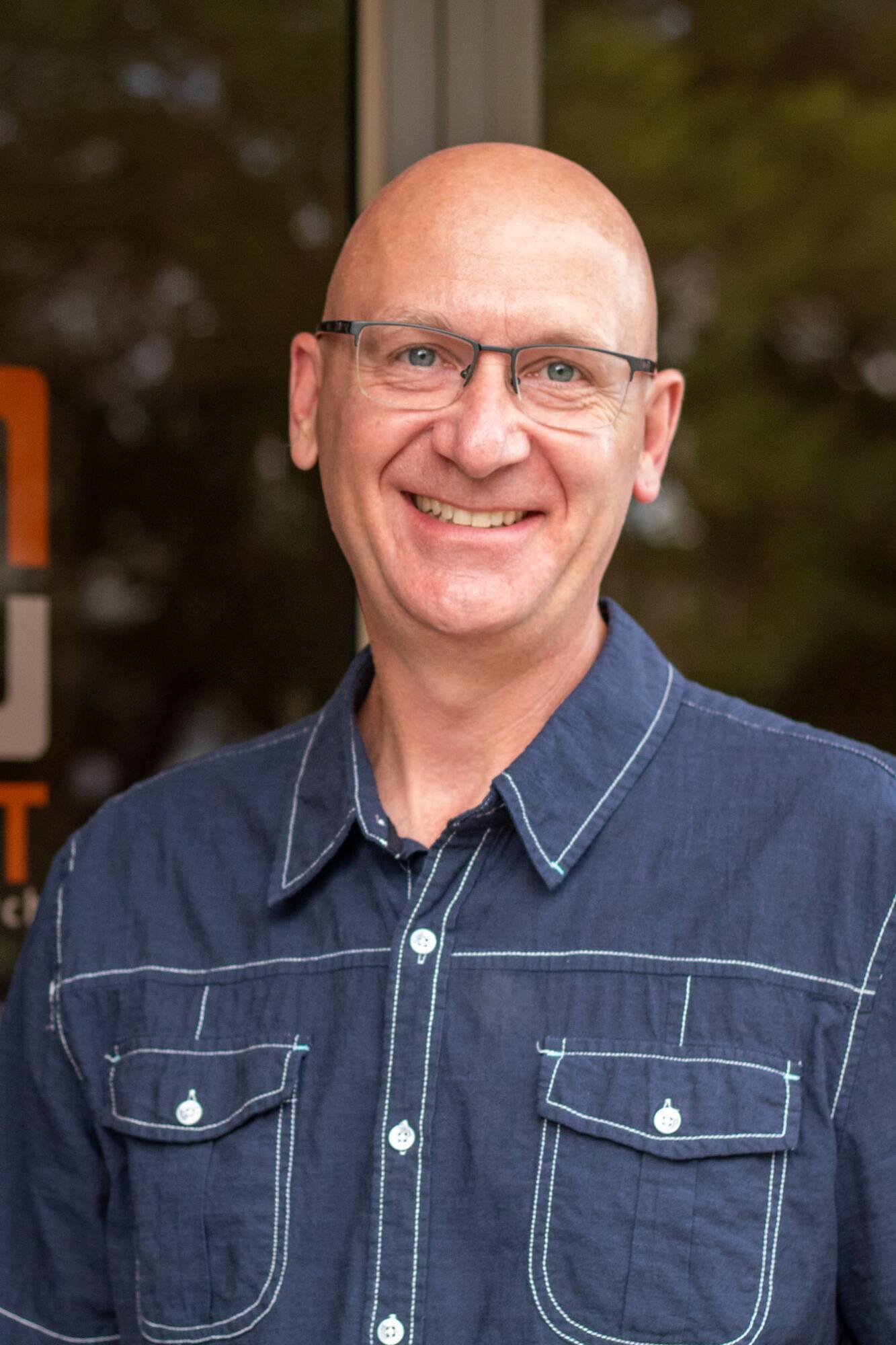 Ken Kort is no stranger to FBC. Not only have he and his family attended FBC for almost 20 years, he served as the worship pastor from 2004 to 2008. Ken continues to volunteer as a musician at FBC and also serves as a small group leader. Ken loves using the gifts God has given him to serve within FBC.  Serving has helped him deepen his relationship with God and he hopes that, through using his gifts, he is able to help others grow in their relationship with him as well. Ken works as a school counsellor with the Lloydminster Public School Division. He is married to Keri and together they have two adult daughters – Megan and Jordyn. While post-secondary education brought him from B.C. to the Canadian prairies, the mosquitoes are what convinced him to stay! In his spare time, Ken enjoys camping, golfing, and boating. 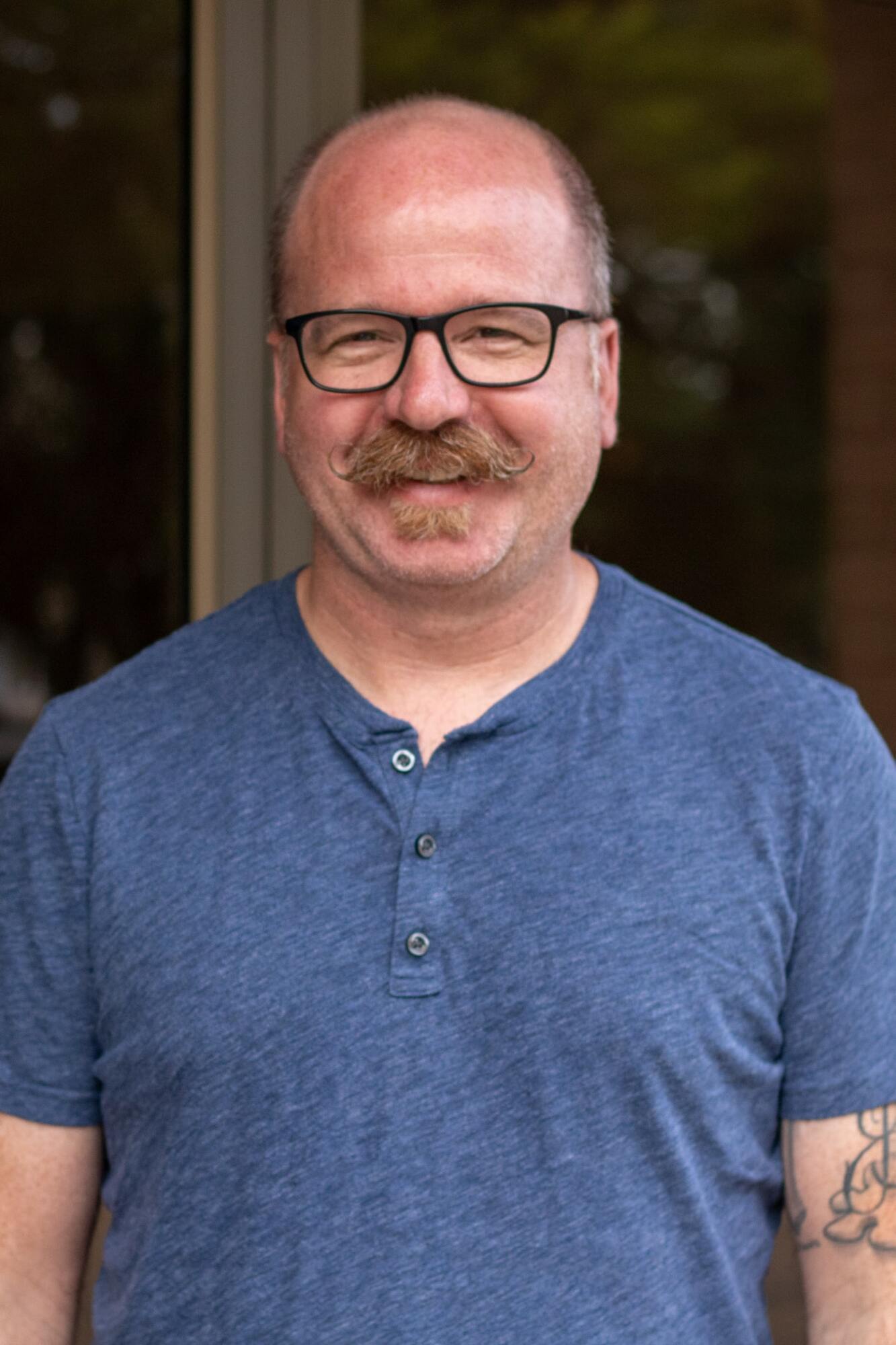 Dave Kroeker has attended FBC since 2014 since moving to our community from Saskatoon. This Saskatchewan farm boy now works as a lab supervisor at Altex Energy. He is married to Julie and they have three daughters – Jorja, Ginny, and Cece. For the past two years their family has enjoyed billeting a Bobcats hockey player. While he is a little past the age to play with the Bobcats, Dave enjoys playing rec hockey in the ‘twilight’ league and cheering for the oilers. He also enjoys sitting and listening to his record collection. Dave believes we are all called to use our gifts to serve God. He is passionate about sharing his faith with the next generation which shows in his commitment to volunteering weekly in FBC KIDS and previously in FBC Young Adults. Dave believes that God is calling him to use his wisdom and life experiences to serve FBC on the Elders Board. 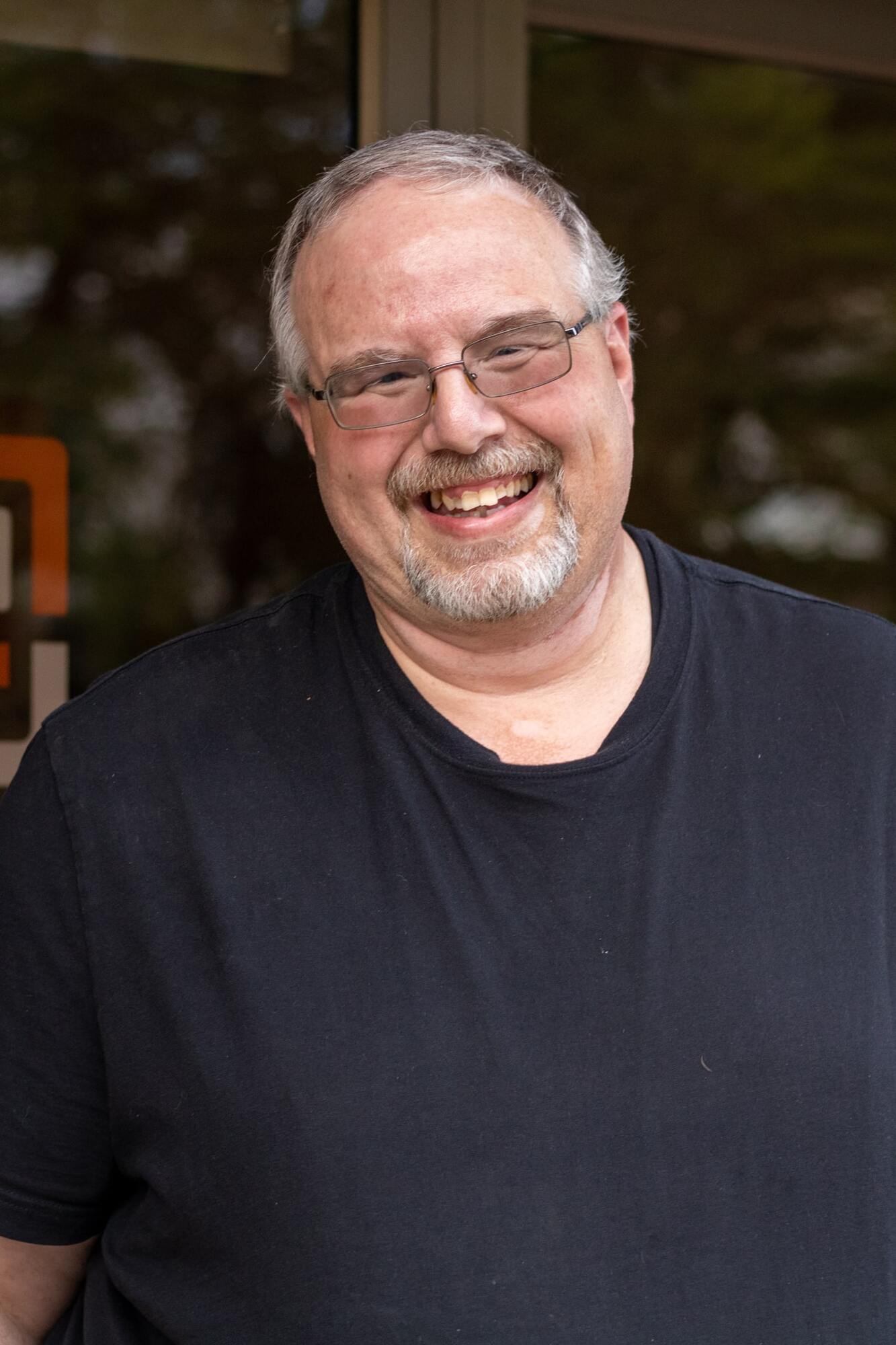 Having grown up in the Lloydminster area, Wade has been attending FBC for his whole life. During the week, you will find Wade selling agricultural parts and, on the weekends, you will catch him in FBC KIDS serving as a coach. Wade and his wife Wendy have worked as cooks at Pleasantview Bible Camp for the last five summers and Wade began volunteering on the FBC Elders Board in 2017. In the past, Wade has been involved at FBC in various roles in the children’s ministry and as an adult small group leader. Wade and Wendy have been married since 1995 and have three adult children – Kendall, Michelle, and Courtney – plus two dogs and a cat. Wade enjoys cheering on the Boston Bruins and collecting old or interesting money.